We recorded our 3rd CD, "Kitchen Sessions" in both Alpha's Kitchen and Foulis Castle, near Evanton.  The CD was aired on "Take the Floor" on Radio Scotland and on Radio nan Gàidheal.  The CD features solo perfomances from Graham Mackenzie, Emma Donald, Eilidh Ramsay, Alasdair Turner and Gordon Ferguson and some beautiful arrangements from the full Kiltearn ensemble.

We have competed and performed at the Highland Festival, Blas Festival and Llangollen International Eisteddfod and individual performers have played at Celtic Connections, Glasgow and the Cambridge Folk Festival.

Below is just part of the last 26 years in photographs. 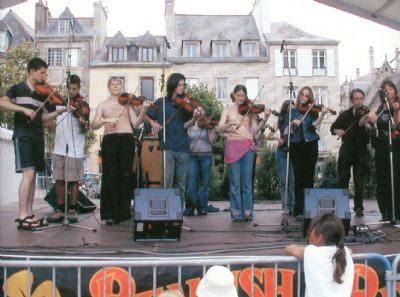 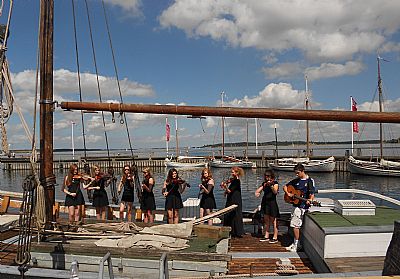 Playing on a viking boat in Roskilde - Denmark! 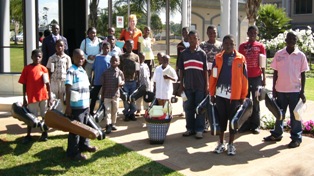 The fiddlers playing for Prince Edward.

Blas 2009 staged a series of concerts, in conjunction with Homecoming Scotland 2009, celebrating the music, song and history of some of the most iconic Highland Clans and their traditional lands.

In these concerts some of Scotland’s most accomplished musicians & singers performed selected pieces of music and song which related to the clan and their homelands. There was also a narration giving the background and interesting facts about the Clan families and their peoples.

Kiltearn Fiddlers played at the Clan Munro concert, under the direction of Alpha, who is the wife of the current Clan Chief, Hector.   The concert was held in Foulis Castle, near Evanton, the seat of the Clan Munro.

The origins of Clan Munro are lost in the distant past. By tradition, C11th mercenary soldiers from Ireland, they were granted Lands in Ross by a grateful King after assisting him in defeating the Viking invaders of this part of Scotland.

From documentary evidence, they were well established by the middle of the C14th on the north shore of the Cromarty Firth in the area known as Ferindonald (Donald's land) after their legendary first chief. From this narrow base comprising the modern parishes of Kiltearn and Alness they gradually spread their sphere of influence northwards and eastwards into the fertile plain of Easter Ross. 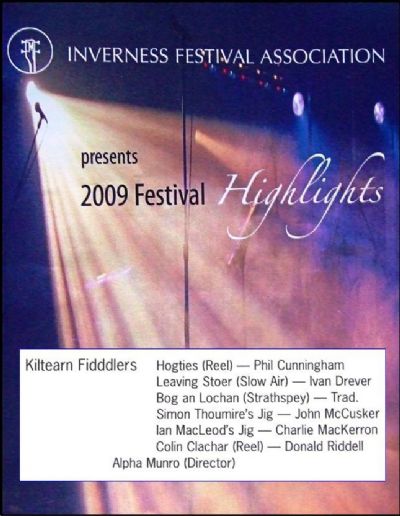 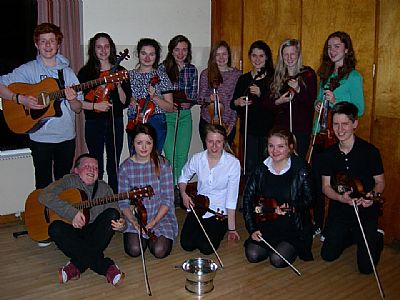 The sucsess of the music festival as continued through the years and here they are seen pictured with the 2014 trophy.